Home » Blog » Regulation on My Mind

Regulation on My Mind

The compliance perils of the “brain game” industry 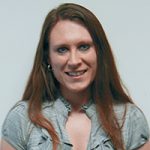 Who wouldn’t like to be just a little bit smarter?

Turns out, most people are eager to boost their cognitive function, and an entire cottage industry has arisen to cater to those that are willing to pay for training and games that supposedly enhance cognitive performance. Lumosity, one of the leaders in this field, recently felt the cold hand of regulation after using marketing to tap into this desire without sufficient evidence of product efficacy.

On one hand, you can’t blame them. The human desires that are the most universal are also the desires that are easiest to exploit. The desire to be financially secure, to have stable access to housing, to be respected by one’s peers; they all drive people to engage in highly motivated -- and sometimes strange -- behavior. Marketing tactics have long been tuned into these inherent human fears, taking advantage of them for easy sales.

False or deceptive advertising is a common (but difficult-to-define) practice that often leverages these attributes. To some extent, the practice is unavoidable as it operates in a wide swath of grey zone where the black and white of “ethical” and “non-ethical” practices slowly collide and swirl like merging rivers. And it’s not necessarily driven by malice. The industries that face the biggest challenges navigating this confluence are actually the ones that operate in regulated fields where requirements and restrictions are more ambiguous and less quantified. People are innately drawn to emotional appeals, and indeed seek them out; the limbic “emotional” system of the brain is evolutionarily much older and is and far faster than the newer neocortex system which handles logical processing.

In short, people are highly emotional, advertising generally targets emotion, and emotions are triggered most strongly when there is a perceived potential of loss. In Nobel Prize winner Daniel Kahneman’s pivotal work on Prospect Theory, he showed that individuals usually respond much more strongly to a potential loss than they do to a potential (but equal) gain. You’re much more scared to lose $100 than you are happy to win $100, and your actions to prevent the loss will be more extreme than to pursue the win.

Lumosity, because of their rooting in cognitive research, perhaps understood this a little too well.

On January 5, 2016, the Federal Trade Commission announced that it had settled with Lumos Labs (makers of the Lumosity “brain games”) for $2 million dollars after the company had deceived customers with advertising. By preying on the fear of cognitive decline, they persuaded many users to pay both monthly and lifetime subscription fees for products that had not been empirically proven or peer-reviewed to actually help lessen the problem. Cognitive decline itself is a major, widespread issue. The CDC estimates 16 million people in the US have cognitive impairment, and in some states, cognitive impairment affects over 15% of adults over the age of 50.

Lumosity had the stage set: a wide potential audience, a very common fear of loss, and a product that was developed based on some existing cognitive research… research which suggested (but didn’t prove!) that certain activities might be helpful in sharpening cognition. It is not surprising that their marketing became misleading over time.

This begs the question: how does it all relate to information governance? Because of the need to comply with regulation. In particular, this is a challenge in industries which do not have the specific and number-driven requirements that verticals like finance have. Over the last decade or so, industries that have the strictest regulations have largely devised systems and workflows required to meet those specific requirements. There are fewer fines stemming from pure negligence than there used to be; regulators now have the time to turn towards the more nebulous regulations such as the Foreign Corrupt Practice Act (FCPA), and – of course – the regulations surrounding deceptive advertising.

Surprisingly, it’s not the organizations that have extensive, exact regulations which have the hardest time today. It’s increasingly the businesses who operate in less-defined regulatory environments. And for those businesses, information governance practices are becoming more critical than ever in order to protect against accusations of wrongdoing.

For example, let’s look at the pharmaceutical industry: an arguable cousin of the cognitive “brain game” industry. Both seek to enhance and protect functions of the body and brain, albeit via different routes. The major difference is that the pharmaceutical industry has intensely specific guidelines for drug development and advertising, thanks to the Food and Drug administration.

The guidelines are specific, even to the point of questionable excess. This is because section 21 of the Code of Federal Regulations (CFR) – a charming and lighthearted read, for the curious – has a section that specifically outlines exactly how pharmaceuticals are allowed to be advertised in the US. You’ve probably cracked jokes before of the seeming absurdity of pharmaceutical advertisements; an idyllic couple sitting side-by-side viewing the sunset in individual bathtubs comes to mind. But for each of your jokes, there are literally dozens of exhaustively detailed rules. They range from of font size restrictions in print ads to the permissible speed at which side effects can be listed on a TV or radio spot. These requirements are what often give US pharmaceutical ads their surreal and unassertive feel. Claims not backed by up-to-date research are expressly forbidden.

The point is, pharmaceutical rules are clear-cut and non-negotiable. Any marketing department violating these requirements would likely have a long paper trail of documents and communications that would have hinted early on – to legal and compliance teams – that something was amiss. The “brain game” industry is new, and had little to go off of.

Perhaps lack of regulation is what landed Lumosity in trouble with regulators. If the “brain game” industry had been guided by regulation as stringent as those that govern the food and drug industry, they likely would have avoided the whole FTC penalty over misleading practices. And in any case, the company has likely learned that good governance practices will likely benefit them moving forward.

Technology marketing strategist, obscure knowledge enthusiast, Duke fan, long-time dabbling musician. I have a background that is as diverse as my interests, including undergraduate focus on neuroscience and psychology, a master’s in management, plus a work/internship background in the biomedical research field and clinical trial software. Information governance matters to me because information matters to me. Knowledge that you can’t retrieve is knowledge that you don’t have. I like to focus on high-level trends and the steadily growing business value of unstructured content.