Legislation: Falling Behind the Times

Why government needs to catch up to technology’s breakneck pace 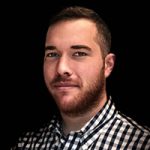 Information technology has quickly become an essential component in many facets of our personal and professional lives. It’s so ubiquitous that you could forget just how much we rely on it. From online shopping, social media, dating, and transportation, to meeting planning, fitness tracking, and healthcare, technology is constantly redefining how we look at our lives and the world around us. The problem is, as technology’s omnipresent influence on society continues to grow, federal legislation has shown an inability to keep up.

For instance, as of last year, the Health Insurance Portability and Accountability Act of 1996—a law created to protect the confidentiality and security of healthcare records—failed to account for advancements in healthcare tracking and record distribution. One of the results, among many, has been a gap in regulatory coverage of paternity tests, fitness trackers, and health apps. In multiple instances, this has contributed to unregulated cracks in healthcare privacy, including one in which the results of thousands of paternity tests were made publicly accessible.

Or, to take an example with more widespread repercussions, consider the potential that a news outlet like Facebook has to influence an election with selective censorship. The US Senate Commerce Committee has inquired into Facebook’s methodology for selecting trending topics, amidst allegations that it “routinely suppressed or blacklisted topics of interest to conservatives.” The company may not create news itself, but perhaps never in our history have we had to account for a singular “news curator” with the power over content distribution that Facebook currently has. It wouldn’t be possible without the role that technology has in our lives.

It’s hard to nail down exactly how government should respond to instances such as Facebook’s unexpected transformation into essentially the one-stop news shop. One could argue that a company has a right to distribute whichever news they see fit, but this may be a notion we have to rethink as our exposure to political opinions becomes increasingly moderated by a handful of tech companies. Practically speaking, it’s unlikely that new legislation will be introduced as a result of Facebook’s role in the election, and besides, with the rate technology is advancing, by next election the landscape of social media and content distribution might very well be entirely different.

This is what makes things so tricky: It’s extremely difficult for legislation to quickly adapt to new technologies—let alone anticipate how we will interact with technology years down the road. This is unsurprising, and frankly understandable to some degree considering technological progress is exponential, with new developments inherently unpredictable, while legislative processes are intended to be deliberate and meticulous, designed with checks and balances to moderate momentum.

It could also be that government’s failure to adapt to new technologies is due to the players rather than the rules. Congress in particular has shown an inability to acclimate to advancements in technology, and an unwillingness to listen to experts. In either case, with such high stakes, it might be time we ask how government can get up to speed, and better accommodate the constant advancements in tech.

Born in West Virginia and raised in Florida, I love exploring the outdoors – especially fishing and scuba diving. I never expected to live in California, but my passion for people and innovation brought me to ZL, where I help manage customer relations. I can now be found spending my free time drafting Yelp reviews, hiking and breathing in the fresh, clean air of our fair city, and enjoying the vibrant San Jose nightlife.