How iPhone vs. Android relates to information governance 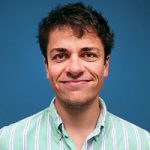 iPhone or Android? It would hardly be hyperbole to suggest that question ranks among the most hotly debated issues of our time! There are many reasons to prefer either product. This blog post, however, will explore what I consider the most significant business design differences between these two products: a unified design versus an integrated model.

Here we will define unity as the capacity of a singular entity to perform a number of diverse functions. This is opposed to what will be described as integration. In an integrated model, a number of processes can combine – however loosely – into something that we hardly consider as a singular entity.

For this mobile phone analogy, the iPhone will serve as our example of a unified product. The iPhone is designed by a single company from the hardware down to many of the essential apps such as calendar, messaging, and music. Android, on the other hand, is thus our example of an integrated product. Google produces the Android operating system, but a whole host of companies produce the actual hardware Android utilizes.

While these two design styles may seem like splitting hairs, they result in major differences between the two phones, namely in usability. One has a particular expectation for the experience and design of an iPhone. The iPhone intuitively works immediately upon being taken out of its clean, white, and shiny box. With some exception, the phone, maps, texting, and calendar applications on the iPhone are standardized and written by Apple. An Android phone provides a very different experience. Android phones not only differ in their outward appearances, but also feature different user interfaces among different Android devices. Android relies on point solutions, that is various companies that provide specific components and applications that come together to compose an integrated Android smartphone. While this can lead to users being able to get the best-of-breed in each application, it can lead to an ease-of-use issue when compared to the iPhone.

At the end of the day, the smartphone choice is just that, a choice. Some prefer the ease-of-use of the iPhone, and some prefer Android’s integrated solution. In many cases it is simply a personal preference.

While that may be the case in regards to smartphones, governance is a much different matter.

If a smartphone glitches or two applications fail to communicate and the device freezes or crashes, it’s a nuisance, but nothing more than that. The user can reboot the phone and suffer a minor inconvenience. No harm no foul. But should two integrated governance applications break down and fail to perform, a simple reboot might not be in the cards, and the consequences are likely more damaging and stressful than a few minutes without Spotify. If an information governance system fails, the company could be looking at anything from a massive support bill to a regulatory violation.

So while a unified environment might not be the be-all and end-all when it comes to choosing a smartphone, it means a little more when selecting a governance solution. And while we would say a unified approach to information governance is essential, the debate of the superior mobile phone rages on both within our ZL office and outside.