A Brief History of Data

From Crop Yields to Smart Fridges 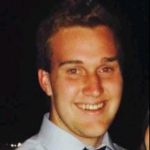 There has been a lot of talk about data in the last few years. We hear about it in many ways, from how our privacy is at risk to how it’s going to make all our devices smart enough to solve seemingly every problem imaginable. Curious about how data became the buzzword that it is today, I thought it would be interesting to take a glance back in history to when and why data started being gathered, stored, and used by humanity.

The Start of Civilization

Mesopotamia, 3500 B.C. may be a little far back, but the start of civilization necessitated the creation of basic accounting, or keeping track of data. Things like crop yields and military numbers were recorded and used for planning. Humanity progressed slowly from there, with minimal need for significant advancement in data science for thousands of years.

Fast forward to the 1600’s and the Great Plague of London wipes out 20% of the population in just the year 1665 alone. During this time, a man named John Graunt found a way to use death records to write a book called the Natural And Political Observations Made Upon the Bills of Mortality. While the title makes this book sound like perhaps the most mind-numbing thing ever written, it was a landmark accomplishment in that it was one of the first records of statistical data analysis. His book identified patterns that provided valuable insight into how people might avoid the bubonic plague and other common causes of untimely death back then. From here, people started to see that they can use observations and records of the world around them— data— to improve their lives.

Fast forward another couple hundred years, to the U.S. Census of 1880. By now America has grown to the point that old methods of conducting a census are proving to be insufficient, with the 1880 census taking 8 years to process, and 1890 was projected to take 13 years if the same methods were used. By the time the data was usable, it would already be time for another census with the finally finished one now outdated. Knowing this problem would only get worse, the Census Bureau hired a man named Herman Hollerith to design a machine to help. He created a “tabulating machine” which exponentially reduced the time needed to process the data. The machine was so effective that the Census Bureau used versions of it up until the 1950’s when it was replaced by computers, and Hollerith himself went on to found the company that would later become IBM.

That roughly brings us to today. Computers have completely changed the game, with the size of the world’s data now growing exponentially, with a 50-fold growth expected from 2010 to 2020. What constitutes data is changing as well, with the internet-of-things meaning that everything from your car to your refrigerator can be generating information about your life. This is causing completely unprecedented advancements in technology and quality of life, but not without risks and potential downside.

Privacy is a concern like never before, and governments are racing to legislate what data is and isn’t protected. To navigate the incredible and at times terrifying new world, it is more important than ever to be in control of the data you are holding. If your business is behind the curve when it comes to information governance, you not only run tremendous risk of regulatory incompliance— with the likes of the General Data Protection Regulation (GDPR), California Consumer Privacy Act (CCPA), New York Stop Hacks and Improve Electronic Data (SHIELD) Security Act, and more— but it’s almost guaranteed you will fall behind competitors making full use of their data for strategic advantage. If you don’t feel like you have a good hold on your data, maybe it’s time to see what ZL's Unified Archive can do for you.

I’m a recent graduate of Purdue University, with a degree in Industrial Engineering. After getting my degree, I decided to move back home to sunny California where I get to work as a Systems Analyst at ZL technologies in the always exciting Silicon Valley.