HPE and Micro Focus merger means what for customers? 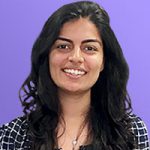 I've lived in five different apartments, four different cities, and three different countries, but only ever had one home. Though my parents contemplated moving many times, growing up I considered myself lucky to never have to memorize a new home address. After high school, I moved away to go to college, to study abroad and then again for my first job. But I never had to hang pictures on the walls or buy anything more permanent than Ikea furniture, because I knew there was only one place I'd ever call home.

There are some kids who I don't consider as lucky, who've had to move once, maybe twice, sometimes several times. And not just across cities or states - but across continents and oceans. While some may say they couldn't imagine growing up any other way, there are others who struggled to make a new house a home.

Like these kids, there are other things that have found themselves voyaging across the ocean to a new home.

Recently, Hewlett-Packard Enterprise (HPE) and Micro Focus announced plans for a spin-merge of HPE’s non-core software assets. Micro Focus, as you probably only recently learnt, is a software and consultancy company based in the UK. The firm has been growing steadily by acquiring US rival companies and software, with the HPE spin-merge being its most recent and highest valued transaction.

Like any parent given a job relocation opportunity, Micro Focus made its decision as part of a greater strategy. And like any smart homeowner looking to sell, HPE couldn’t refuse a good offer. (The details of which can be found here).

It’s hard to know how the move will affect them. Maybe they will get used to it as soon as their first day of class or maybe not until their last night in that new house. No matter what, it will mean an adjustment. And only time will tell whether or not that adjustment is successful.

In the short term, current customers will likely suffer during the change in support from HPE to Micro Focus. While Micro Focus executives expect to complete the merger within nine to twelve months, transitioning software ownership from one company to another already poses logistical challenges. And, like the new kids in school, there is still no guarantee that, even after a year, those issues will be resolved.

In the long term, Micro Focus’s cost cutting strategies could hinder the possibility of enhancements to HP software and its support over time. Furthermore, the question remains whether Micro Focus, a much smaller and lesser known company, has the infrastructure and management capabilities to maintain and power these newly-acquired software assets, putting the long-term outlook of the HPE products in question.

So, while I know my parents won't be moving out of our family home for a while, if you're a customer of the new Micro Focus acquisition, a move is probably something you may be forced to consider.

As a member of the marketing team at ZL, I have developed an interest in the dynamic information governance industry, its complex products and the strategic players. Born and raised in Jamaica, I made my way to Silicon Valley via Philly, where I studied economics at the University of Pennsylvania. In my spare time, I enjoy exploring big cities, Yelping new restaurants and playing tennis.

Over the past few decades, there has been a complete change in the environment in which RIM operates. As the…...

Illuminate the Human Side of the Enterprise with Analytics

How well do you really know the people that drive your company? In today’s increasingly distributed workforce, there’s limited visibility…...