Home » Blog » Enterprise Adoption: Where Should You Be?

Enterprise Adoption: Where Should You Be?

When it comes to enterprise software, it’s the left side of the curve that matters 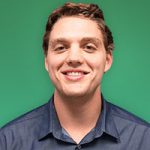 The Rogers adoption curve, also known as the diffusion of innovation theory and the framework that coined terms like early adopters and laggards, is something most organizations are at least vaguely familiar with. While it’s a very useful tool for companies to use when looking at their market, it’s rare that an enterprise will turn it on themselves, and their software purchasing patterns. And they really should.

For some quick background, usually it pays to be in the late majority or a laggard when it comes to consumer software, unless the software lies in the service industry. The service industry is more innovator friendly because the risk is low and benefits can be very high for consumers. Apps like Uber, DoorDash, and GrubHub need a strong customer base to be profitable and leapt through hoops left and right to up their user numbers during their infancy. Free first time service and discounted referrals dominate the market. All the while, these apps are free to download.

But once outside the service software world, the cost and risk associated with being an early adopter for a consumer grow rapidly. Although revolutionary, the first iPhone received critical reviews from consumers for poor EDGE connectivity, battery lifetime, storage space, and lack of bluetooth. And best of all, these flaws could be yours for a mere $600! Who says no to that?

The iPhone didn’t really hit its stride until its third generation, when Apple had sorted out most of its product issues, and made the phone available for roughly half the cost. In this case, it was more beneficial for the consumer to be in the late majority or a laggard. Those who waited got a better price and received a significantly less buggy product, though they did lose out on the ability to boast about being one of the original iPhone owners. Darn.

For those looking to invest in enterprise software, the risks and rewards associated with new products is at an entirely different scale. Fortune 1000-sized software projects not only routinely cost millions of dollars, but they can also take several years to implement.

So why not be a laggard when it comes to enterprise software, aside from marginal losses in efficiency? Well let me counter my question with another question; what is the only thing worse than spending $1 million on software that doesn’t pan out? A $10 million fine for bad practices. The EU, SEC, FERC, and countless other regulatory bodies force companies further to the left of the curve depending on their industry.

The more regulated the industry, the more innovative you and your company should be. For example, large bank face the threat of massive fines from regulatory bodies like FINRA, which is far more realistic and frightening than a grain producer might face from the USDA. And for the banks, finding a solution early on can make all the difference between compliance, and devastating fines.

So, what should your organization do? How rapidly should you adopt innovation? Unfortunately, like many corporate strategies, the path to finding the answer is not an exact science. There’s no one number that can tell explain it all perfectly, and no one person who can give you the detailed answer you need. Elements of both though are key to move your company further to the left of the curve.

Albeit a strange place for someone who loves outdoor activities, such as hiking, fishing, and anything that involves water, business development at ZL educates me on the entirely separate world of technology and information governance while providing plenty of B2B interaction for me to thrive on.