Webinar: The Eve of GDPR – Final Thoughts and What to Expect 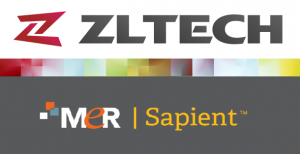 GDPR is upon us. Join our panel of experts to get the last word on what to expect once May 25 arrives, as well as the unexpected “gotchas” they’ve encountered through their own experience. There may not be a lot you can do in the next two days, but these insights will still be useful whether your organization is highly prepared or hasn’t even taken the first step.

Watch the recording of the webinar here.

Cécile Georges is Chief Privacy Officer of ADP. Georges joined ADP in 1999 and was instrumental in building the Legal function in France. In 2006, she was appointed as the head of Legal for Europe and was promoted to VP, Assistant General Counsel. She then went on to relocate from Paris to Singapore as the lead lawyer for the Asia-Pacific region, where she supported the geographical expansion of ADP in the Asia-Pacific region. In 2011, her scope was expanded and she was responsible for all of ADP International Legal. She has led the Data Privacy and Governance Team, which is part of the Global Compliance organization, since December 2016. Georges holds a Magistère (Masters) in Information Technology Law and passed the Paris Bar.

Shannon L. Clark is Global Director, Data Privacy in CBRE’s Compliance department. She joined CBRE in September 2006 as Senior Counsel focusing on commercial contracts and litigation before transitioning to her current position. Prior to joining CBRE, Shannon was a commercial litigator at the Chicago law firm of Gould & Ratner and the Honolulu law firm of Alston, Hunt, Floye & Ing. Shannon received degrees with honors in Political Science and East Asian Studies from Indiana University, and her J.D. from the Indiana University Maurer School of Law.

Ron Hedges is a Senior Counsel at Dentons’ in the Litigation and Dispute Resolution practice group. He has extensive experience in e-discovery and in the management of complex litigation and has served as a special master, arbitrator and mediator. He also consults on management and discovery of electronically stored information (“ESI”). As a retired United States Magistrate Judge for the District of New Jersey, Ron has written widely and spoken frequently on Information Governance Discovery in the area of electronic health records and on defensible disposition generally.

Jim Koziol is a Director at BDO USA, LLP. Prior to joining BDO, Koziol was a Manager in PwC’s Forensic Technology Solutions providing consulting services on Information Security and Data Governance across vertical markets and a Vice President overseeing the Global Archiving, Compliance, and E-Discovery teams at the Bank of New York Mellon. He describes himself as, “a Finance Major that just happened to find a career in technology.” Jim earned his MBA from Penn State University and has over 25 years of professional experience in Information Technology with multiple technical certifications including CISSP, MCSE, MCSA, MCTS, and MCITP.

Linda Sharp is Associate General Counsel at ZL Technologies, where she oversees information governance strategy and develops regulatory compliance and security initiatives for Fortune 500 clients. Sharp is also Vice Chair on the ACC Information Governance Committee, and a sought-after speaker at industry events such the ACC Annual Meeting, Enterprise Search Summit, and ARMA chapter meetings. She has previously held the positions of eDiscovery Consultant at Xerox Litigation Services, and Senior Legal Consultant at Kroll Ontrack.